As the customary όles from 3,500 delirious Anorthosis fans echoed around the Tsirion Stadium last night, I made my way down the stairs to leave. I did not share in their enthusiasm. It was more a case of relief than joy. Yes, this was an important victory, yes, it lifted us to the top of the league, but it was hardly a vintage performance. Before Jan Rezek added a second to bag the three points on the third minute of injury time, we had played second fiddle to Apollon for most of the game.

Yet it had all started so brightly in the first 25 minutes. Time and again we were able to pick the hosts’ high defensive line at will, with Rezek’s timely runs being fed with some decent through balls. The opening goal, however, did not follow that pattern. A quarter of an hour had passed and Laborde, having time and space to run at the opposition, went on one of his usual slaloms. Instead of picking one of three available teammates who’d made a run into the box to pass to he hesitated for a moment, before unleashing a thunderous shot that went over the keeper and dipped in. Apollon were clearly shaken for the next ten minutes but we failed to take advantage, Rezek missing the best chance when he headed Calvo’s cross straight into the keeper’s arms.

Papavassiliou, the Apollon coach, sought to change things by switching to a 4-4-2 formation and instructed his two full-backs to play higher up the pitch. This in effect pinned Calvo and Laborde on the flanks back in our own half of the pitch. This move, together with Spadacio being crowded out in midfield, neutralised our counter-attacking ability. Meanwhile, Andjic on the right was dragged out of position by Papoulis, who had moved from left wing to midfield. As a result, Jorge at the center of our defence was exposed to the pace of the advancing Apollon starlet Constantinou, who effectively became a second striker. Constantinou’s runs caused havoc in our defence and probably led to Jorge’s forced substitution due to a hamstring injury. Thankfully, the youngster lacked composure in front of goal, and our keeper Valverde was able to clear out any dangerous situations.

Sensing the opposition’s rise, Levy instructed his defence to play deeper after half-time. While this retreat did not help in regaining possession in midfield or play any better, it at least made us far less vulnerable at the back, with Ilic once again being a rock and showing immense leadership qualities. Apollon became more and more desperate and resorted to some thoughtless fouling. They really should have been down to 9 men, but the ref turned out to be far too lenient with the hosts. Okkas, who had come on for the ineffective Calvo, missed the chance to bury the game late on when he took too much time on a one-on-one with the keeper, though TV replays suggest he was fouled. In injury time Spadacio, who had been largely anonymous till then, found Rezek free in the middle. The Czech chested the ball down and raced towards the goal. Despite being caught up by a defender, he found the space to beat the keeper at the near post amidst wild celebrations.

It was an ugly win and a hardly convincing performance against determined but toothless opposition but the three points are in the bag, and the team can take confidence to build upon this victory. Being outrun, outsmarted, and outplayed by an inferior team is a worry, but we can take comfort in the fact that star players such as Laborde and Rezek showed up when it really mattered and helped us escape harmless from a tricky away trip. 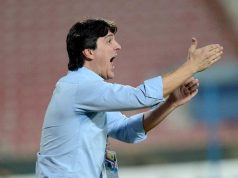 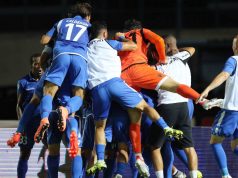 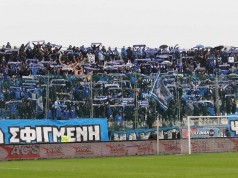 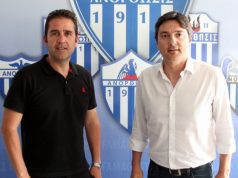