As the Anorthosis players gathered at the centre circle to thank the fans at the end of the game, the remaining crowd gave them a half-hearted applause. There was no mood for the customary olés this time round; the team’s performance simply did not merit such a celebration. Quite the opposite.

It was an affair that was settled by a moment of inspiration from an otherwise subdued Laborde. Like so many of our goals this season, it was brought about in the way that suits us best it seems –a swift counter-attack. On 63 minutes Valverde collected the ball and hit a long throw to Rezek on the right. The Czech crossed the halfway line and fed Laborde down the line. The Colombian majestically evaded his marker by letting the ball through his legs and raced away towards the goal. Just as he was entering the box, a second Salamina player caught up with him and Laborde went tumbling onto the ground. Despite the hullabaloo that has followed in the media since then, replays have shown that there was a foul: Sousa, the Salamina captain, appears to be clipping Laborde’s left heel.

Spadacio, just like he did against Omonia two weeks earlier, beat the keeper from the resulting pen. One would expect then our players’ nerves to subside and more goals along with some good football to come in the closing stages of the match. Instead, they grew more tired and exasperated as time went by, unable to keep possession or string more than two passes together in the attacking third. That had been the pattern of the whole game.

To give credit where it’s due, Salamina stuck to their tactics throughout the match, their high pressing even as the tie entered injury time causing us all sorts of trouble; more often than not our defenders resorted to passing the ball back to Valverde to hoof it up the pitch. For the first time in four games we had control of possession, but it seems we didn’t know what to do with it. Salamina flooded the midfield with hard runners and defended with two banks of five. As a team more suited to counter-attacking, we were short of ideas on how to break them down. What’s more, with Alexa suspended we had no answer to Salamina’s rough play. It’s no wonder there were 43 fouls and 10 bookings, and with Salamina time-wasting from the off, there was little time to settle into a rhythm.

Our best chances of the night fell to Rezek. Early on in the first half he played a one-two with Ohayon and found himself in space in the box, only for his shot to go astray under pressure from two defenders. Early on in the second half, a Laborde cross from a corner kick was missed by the keeper but the Czech international, all alone at the far post, misread the swerve on the ball and instead of heading it in it hit his shoulder and went out. Finally, a few minutes before the end, his dipping free-kick bounced nastily in front of the keeper, who still managed to parry it into a corner.

It may have been a mediocre performance but in the end it’s still three more points in the bag. Next stop: Agia Napa, the club with the smallest budget and probably the weakest team in the division. Even without the suspended Laborde, it’s a hurdle we are expected to overcome comfortably. Hopefully by playing some good football too. 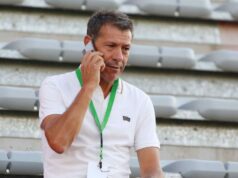 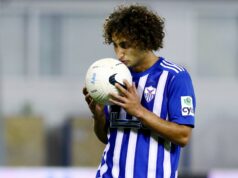 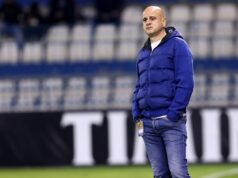 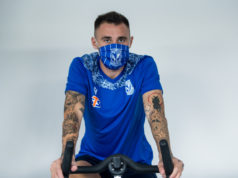 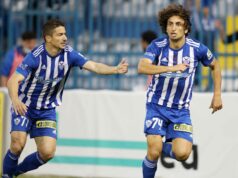 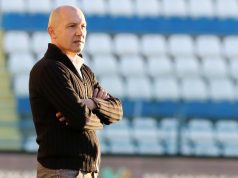